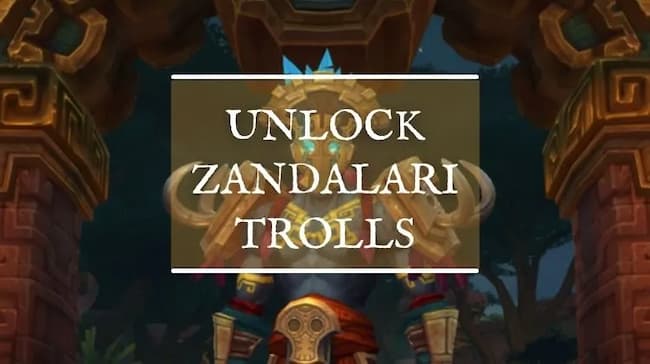 The Zandalari Troll allied race features four distinct racial passives. Unlocking Zandalari Trolls Allied Race will get you incredible powers that are going to be useful for your game. In order to unlock this feature, you must go through three important steps. Know what are these steps and how to unlock Zandalari trolls successfully below.

The Zandalari Trolls features four different racial passives. Each racial ability will get you amazing benefits over your opponent. The Zandalari Trolls are available for the Horde faction of Battle for Azeroth. The Hordes can use these features to win against the Alliances in the game.

For the Embrace of the Loa, you can choose from the following options.

Before knowing how to unlock Zandalari Trolls, here are the requirements. Once you have finished the step-by-step unlocking procedure as given below, you will receive a Tabard of the Zandalari and Zandalari Direhorn, you can create your own Zandalari Troll.

How To Unlock Zandalari Trolls

The first step for unlocking the Zandalari Trolls is Tides of Vengeance. Complete all the Tides of Vengeance campaigns of both 8.0 and 8.1 components. The first one under this campaign is the Zandalari Empire. Join the Zandalari Empire faction and reach Exalted. In order to gain Reputation(Rep) within your faction, you have to do a story and also finish world quests in Zuldazar. You can also use a contract to get 10 reps when you finish any world quest in Kul Tiras or Zandalar. Darkmoon Faire and World Quest Bonus Event are both great ways to boost your reps. 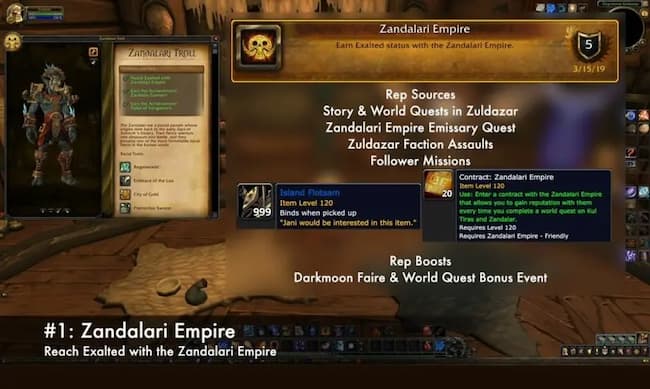 Faction emissary quests will be available once in a while. You have to make sure that you finish all the quests. Similarly, you can find some faction assaults popping up in your game. Must complete the faction assaults too. You can also find other sources of gaining your Zandalari rep. Such an example is the mission table on your ship, which consists of missions that gains your rep. If you want a quick rep, you can just buy it from Dubloon trader by trading 100 Seafarer’s Dubloons. This will give you 250 Zandalari rep points when turned into Jani in Dazar’alor Zocalo. 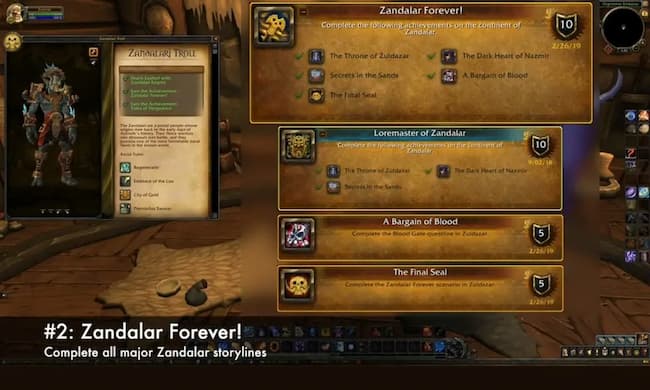 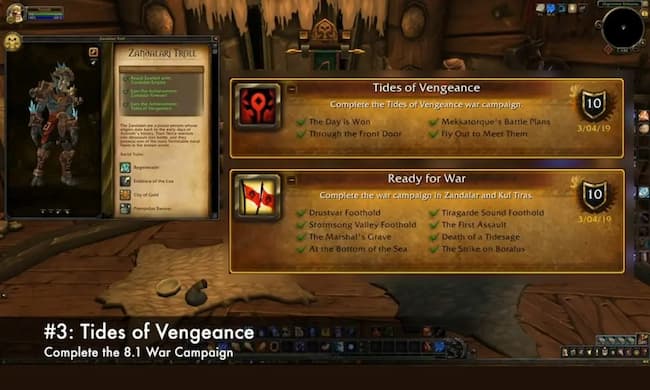 Kul Tiras, Arathi, and Darkshore; the Honorbound emissary quest; and faction assaults are some of the great ways to boost up your reps. When you have finished the quests and assaults, go to the Orgrimmar Embassy and pick up another quest. This is called “A Royal Occasion” from Rokhan. Starting from this point, finish all the quests. Once you have finished the quests, you are all set to create your Zandalari Troll for your game. You will receive Tabard of the Zandalari and Zandalari Direhorn.