Want to know how to take a screenshot on a Mac? Well, there is good news for all Mac users. People who were facing a lot of trouble in taking screenshots, no need to worry anymore. We have come with various shortcut keys that help all the users to a greater extent. Probably, the user might aware of somehow taking screenshots.

But here, we explain starting from taking an entire screen to various in a clear and better understandable format. Try out these which majorly help you. Whatever method you use, picking up a destination to save completely matters. This is because the user has a great chance to save one particular file for post easy access. 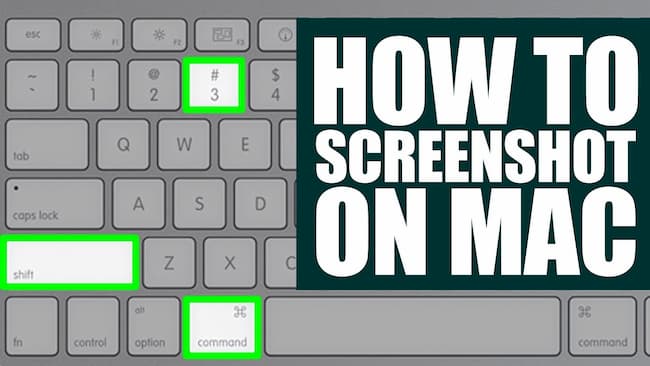 Note that once the image is captured, it automatically asks to save with what name. By default, it shows a screenshot along with the date and time respectively [year-month at what time]. All these screenshots were saved with a .png format these are like the screenshot on windows. Moreover, if you prefer the format of a particular image can be changed without any fail. Let us now learn how to screenshot on mac easily.

How to Take a Screenshot on a Mac

Taking a screenshot on a Mac is not that difficult. One can use any of these onscreen shortcut keys to capture either full screen or a little based on the need.

Take a look at the following tricks, apply and use them on the basis of your need without any fail.

At times, it is necessary to take a whole screen capture on mac. This is possible with the following steps. Have a look and start taking screenshots on the basis of your needs, here is how to take a full screenshot on a Mac.

If in case, your mac got updated recently? Is that the version called Big Sur? the respective preview get appears at the corner of the screen. Also one can use the thumbnail in order to markup, share, save, or can try to take any other actions without stepping back.

Capture only a Selected Part

Well, this is another method that helps to take a screenshot on a MacBook very quickly. The process is all dedicated to the users who like to select only a specific part rather than the entire screen. Moreover, the user who is looking to have a quick look at the documents at the time of the update can be taken into granted.

Now we will tell you the process to take a screenshot on a Mac for the whole window. This is very much similar to the previous one. Tap command+shift+4 simultaneously for selecting the whole window as a screenshot and then click on the space bar. That’s all! Now it is all set to save the captured image on the respective destination folder.

How to take a Screenshot on a Mac using Grab

What exactly is a grab? Do not worry about it. This is a program preinstalled on Macs in the present scenario. One can take all the screenshots directly with the help of the menu bar. In order to make use of it, simply follow the below steps accordingly. 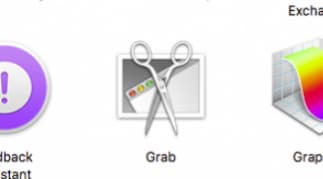 And what not! Through this feature, one can take either a selected part/ entire screen/ selected window respectively.

Set up a time to Take a Screenshot

This is considered as a time-screen option none other than having a delay of around 10 seconds before taking a screenshot. To do so, simply open Grab-> and then click on command+shift+z at a time. That’s all! As simple as that!

Taking a Screenshot on a Mac Using Preview

The preview was considered a great option comparatively. It is a default tool available in the form of an in-built feature. Also, one can simply edit the pictures using this option successfully. Follow the simple instructions given below to get a perfect screenshot on a Mac Book.

I highly suggest choosing this amazing option rather than any other.

Last but not least!!!! As mentioned one can take a screenshot on a Mac screen even though there is a touch bar without facing any kind of trouble. The process is very much simple.

Just using a shortcut key such as pressing on Shift+command+6, captures exactly what is available in the touch bar respectively. Moreover, all these screenshots are saved in the form of PNG format.

These are the simple shortcut key methods that help for taking a screenshot on a Mac successfully. If you are in need or like to get more simple methods or shortcut keys, comment down in the below rectangular box. We will get back to you in a short time period. Try out these simple processes and share this knowledge with all your friends using social networking sites. Thank you. Stay tuned with Techly Fire for greater and useful tutorials.